Which is better: a native speaking teacher or a non-native teacher? 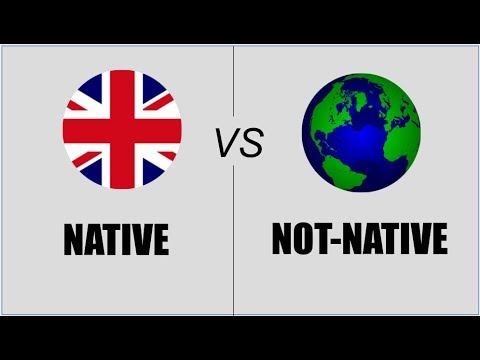 What even is a native speaker?

First a little background. What is a native speaker when English is now considered an international lingua franca?

English is the largest language by number of speakers, and the third most-spoken native language in the world. As of 2016, 400 million people spoke English as their first language, and 1.1 billion spoke it as a secondary language. It is the most widely learned second language and is either the official language or one of the official languages in almost 60 nations. There are more people who have learned it as a second language than there are native speakers. Linguist David Crystal estimates that non-native speakers now outnumber native speakers by a ratio of 3 to 1.

English is a pluricentric language, which means that no one authority sets the standard for use of the language. The norms of standard written English are maintained purely by the consensus of educated English-speakers around the world, without any oversight by any government or international organisation. Modern English, sometimes described as the first global lingua franca, is also regarded as the first “world language”. English is the world’s most widely used language in newspaper publishing, book publishing, international telecommunications, scientific publishing, international trade, mass entertainment, and diplomacy. English is a co-official language of the United Nations, the European Union and many other world and regional international organisations. Non-native varieties of English are widely used for international communication, and speakers of one such variety often encounter features of other varieties. Very often today a conversation in English anywhere in the world may include no native speakers of English at all, even while including speakers from several different countries. Academics argue that even using the term “native speaker” is irrelevant in the age of international English and reinforces imperialist and racist beliefs. English these days does not belong to the native speakers, but rather to all those who use it.

There are several fallacies about the assumed superiority of native speaking teachers that have been widely studied and debunked.

Studies have consistently shown that both Native Speakers (NS) and Non-Native Speakers (NNS) have perceived strengths and weaknesses when it comes to English language teaching. The majority of students say there is no clear overwhelming advantage to a NS teacher. For example, research has shown that while NS are seen to have better vocabulary and pronunciation, students perceive NNS as having a better understanding of how English grammar works. NNS are also perceived to be better role models in the learning of English and as more familiar with the needs language learners. Similarly, studies show that accent had no impact on student success in learning a language. Finally, most students are learning English in order to communicate as a lingua franca, therefore they are not trying to achieve native speaker level. There is a slight agreement that NS may be more suited to higher-level students, and NNS to lower ones, but the consensus was clearly that both “types” of teacher are as good as each other. These findings suggest that each group has its benefits and has something unique to offer in the ESL classroom.

So it really doesn’t matter whether I have a native speaking teacher or not?

Obviously when we advocate for hiring NNS teachers we are talking about teachers that are highly qualified with high pedogological knowledge, have experience, and have very high language knowledge.

When looking for an English teacher, you might consider what your objective is. A NNS is good for the majority of language learners. Specifically, if you have a relatively low level of English or if you use English to communicate internationally as a lingua franca, a NNS teacher might even be prefered! A NS might be good if you need a very, very high level of English, if you need to have a specific accent (in this case you might look for an accent coaching specialist), or if you need English for a very specific purpose like a niche profession. Also, consider working with both! Studies have shown that NS and NNS complement each other with different skills providing a well rounded experince in your English learning!

And remember, the most important factor to learning a language is not your teacher, but YOU. We learn a language by learning it; that is, by putting in the effort and time to sit down and actively engage with it. An inspiring teacher is great, whether that’s a native or non-native, but you will learn English from any teacher if you put in the work.  You can learn English alone if you want to—and many people do.

There is now 20 years of research about descriminatory hiring practices in English language teaching. However these practices continue to exist despite TESOL—the largest professional organization for teachers of English as a second or foreign language—banning the term, and that fact that in the EU it is illegal to advertise jobs only for native speakers under non-discrimination law. The preference for hiring native English-speaking teachers is at best a discriminatory practice and at worst racist.

Native speakerism—the belief that a “native speaker” embodies the English language and Western culture—creates an exclusive, unattainable ideal where only a certain group are the real and true owners of the language and everyone else is less than. This is not only a false presumption in a world where English is the international lingua franca, but it is harmful to the teaching profession and disregards evidence that native teachers teachers do not necessarily bring about superior language learning.