Do you suffer from Foreign Language Anxiety? 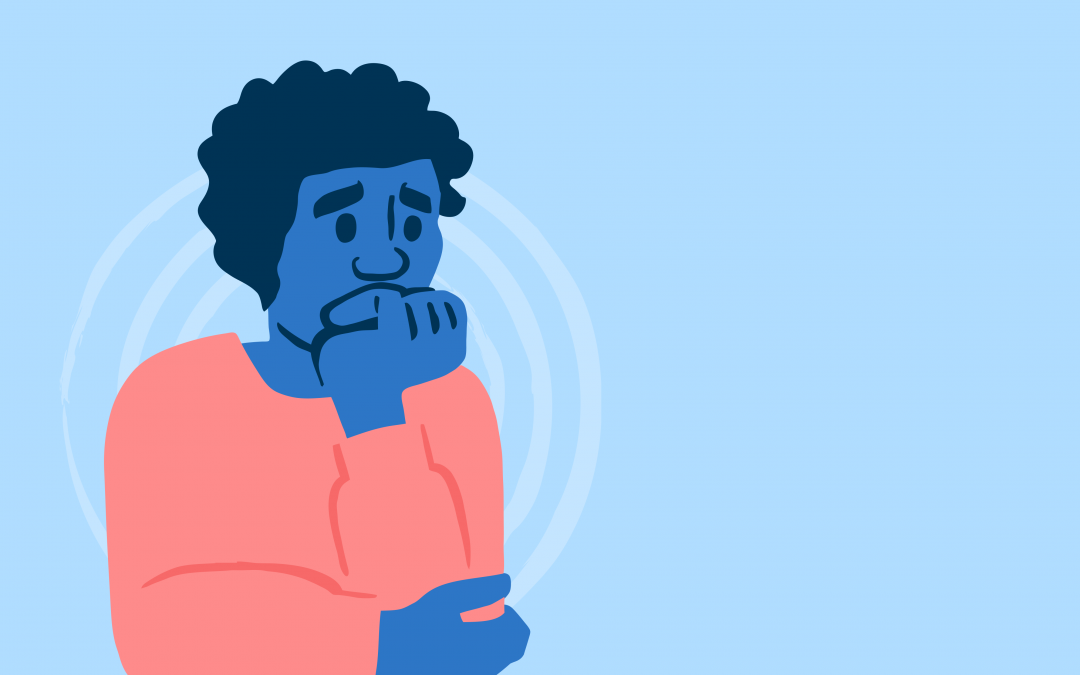 Have you experienced any of the following when learning or speaking a foreign language?

Anxiety is found to have a detrimental effect on student’s performance in the classroom. Anxious students participate less, have poorer performance in speaking activities, are less able to self-edit and identify language errors, use avoidance strategies such as skipping class, are more likely to forget previously learned material, volunteer answers less frequently, and tend to be more passive in class.

Outside of the classroom, foreign language anxiety makes individuals quieter and less willing to communicate. This reluctance to communicate may have the side-effect of others perceiving them as less trustworthy, less competent, less socially or physically attractive, and lacking authority.

Many researchers have tried to categorized FLA into different types, such as:

Self-efficacy refers to is one’s own confidence that he or she would be able to handle or achieve the intended goals. Appraisal anxiety refers to fear of being judged by others.

State anxiety means a temporary response to external stressors. Trait anxiety refers to someone with a general predisposition to feeling anxious. And situational anxiety refers to anxiety caused only in connection to particular situations.

Specifically in the foreign language classroom we can further break down the types of anxiety into communication apprehension, test anxiety and fear of negative evaluation. Communication apprehension is the anxiety experienced in speaking or listening to other individuals. Test-anxiety is a form of performance anxiety associated with the fear of doing badly or failing altogether. Fear of negative evaluation is the anxiety associated with the learner’s perception of how other observers (instructors, classmates or others) may negatively view their language ability.

Many factors can affect FLA, but research has found that it is most commonly related to intra-personal factors (meaning the learners’ personal characteristics, beliefs and attitudes) and inter-personal relationships with others (such as teachers, and other students).

Some of the most common causes for FLA mentioned in the research are:

IV. Pedagogical Strategies: What teachers can do to help

There are many things teachers can do in the classroom to help reduce FLA, for example setting realistic and achievable goals, building a relaxing classroom environment where students support each other, sharing language learning experiences and feelings, providing more chances to learners to use the language, and encouraging and praising learners often.

Teachers should also focus on boosting students’ intrinsic and extrinsic motivation. Intrinsic motivation is the extent to which learners pursue learning a language because of desire and feel a sense of satisfaction completing associated activities. Extrinsic motivation, on the other hand, is the extent to which learners associate learning with external rewards such as grades or praise. Intrinsic motivation and interest in foreign languages and cultures have been proved to be positive predictors of students’ performance in a foreign language, thus, enhancing learners’ interest in English and its culture is very important to promote their learning of the language. With a better knowledge of the language and its culture, the learners may not feel so foreign and strange when using the language. Strategies for this include: promoting students’ awareness of the importance of English, fostering their positive attitudes towards English, praising them, giving positive feedback, analyzing reasons for poor/good performance in English, fostering their intrinsic motivation in English by encouraging them to read English literary works, watching English films, and making friends with international students. With enhanced motivation to learn English, students may become more willing and active to use the language in various situations, which may in return result in lower anxiety in English learning.

In addition, teachers can focus on psychological aspects of student’s learning experience. The current trend of positive psychology aims to activate character strengths and self-regulated  learning  to  enhance professional and personal well-being. According to this approach, the five “elements of well-being” are: Positive emotion, Engagement, Relationships, Meaning, and Accomplishment. By creating fun, positive experiences in the classroom, in effect we are actually teaching students how to have a healthy attitude towards the target language and culture.

Teachers should also explicitly discuss learning strategies with their students. For example, students may not know that many researchers suggest successful language learners take risks and then analyze situations to determine whether their assumptions correct, and that successful learners usually display goal-oriented behaviors. Along with teaching strategies, teachers could have meta-discussions about the language learning process with their students. For example students may not be aware that it is common, as people acquire a second language, to develop a new style of thinking, feeling, and acting. In other words, they develop a new language identity.